“Do not send Afghans to death!”

The Afghan Ahmad Khan Mahmoodzada was only 12 when he played one of the leading roles in the film The Kite Runner, based on the world famous book by Khaled Hosseini. Because of his role as Hassan he was threatened by the Taliban to that extend that he needed to flee. In August 2015 he received asylum in Sweden. Ahmad Khan (now 20) supports the protests against the expulsions of Afghan refugees to Afghanistan.

These are Ahmad’s words, specially written for the protest weekend of 17 and 18 February: 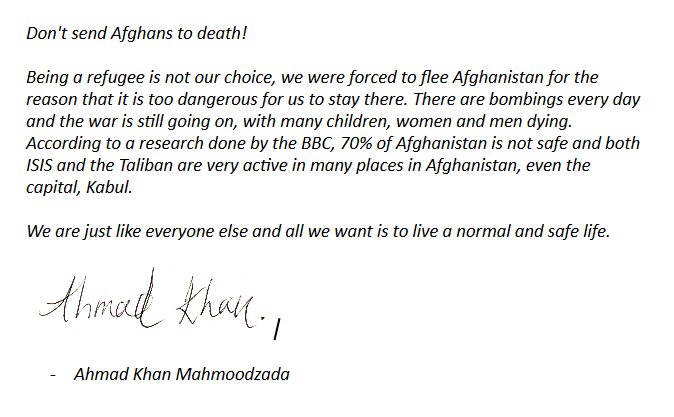